Antalya welcomed over 15 million tourists in 2019

Turkish tourism officials announced that 15,567,000 tourists have visited Antalya in 2019, setting an all-time tourism record with visitors coming from 193 countries. 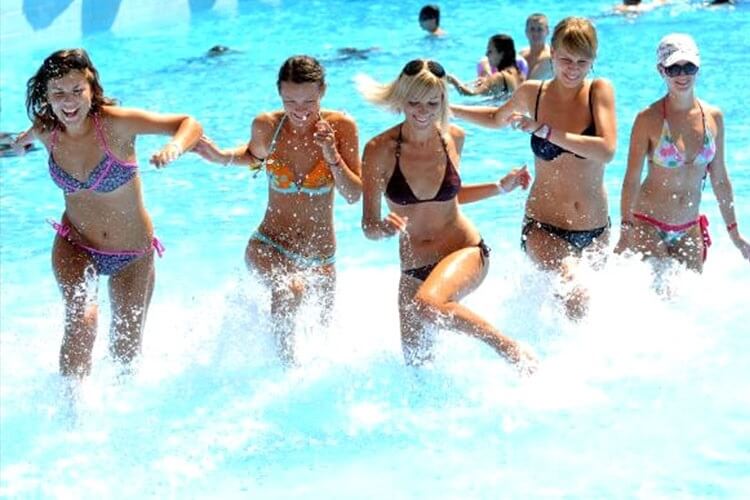 Antalya welcomed over 15 million tourists in 2019

Antalya, often referred to as Turkey's "tourist capital", has broken tourist records this year, receiving over 8 million tourists from Russia and Germany alone.

Antalya has always been an interesting center for tourists who want to enjoy unspoilt Mediterranean beaches, as well as the rich history of the region where numerous civilizations have been.

Ukraine finished in third place with nearly 800,000 tourists, while the number of British visitors climbed to 686,000, making it fourth in the list.

Visitors from Poland came in at 535,000, with the Netherlands not far behind at 424,000 and Romania with about a quarter of a million visitors.

The tourist market has expanded greatly in Turkey and flies past the same period of 2018.

The Ministry of Culture of Tourism announced in late October that Turkey attracted 36.4 million tourists in the first 10 months of the year, an increase of 14.5 percent, with Antalya playing an important role.

Domestic tourism spending sees rise in Turkey. Underwater beauty of Rumkale to open to visitors What attracts foreign tourists to Turkey Turkey Revealed 2023 Tourism Strategy Hana Travel was listed of exporters TIM-500 Turkish Golf Holiday In Turkey MICE( Meeting-Incentive-Congress-Event) New Mercedes sprinters delivered to Hana Travel World's Oldest Temple to be Restored Turkey has potential over 75 mln tourists
All rights reserved. The Hanatravel website uses cookies to store information on your personal computer. Some of the information plays an essential role in the operation of the site, while others help improve user experience. By using our site, you consent to the placement of these cookies. For more information, please read our Privacy Policy.