Turkish coffee is also the only coffee variety served in the world. The place of coffee in Turkish culture is very different. 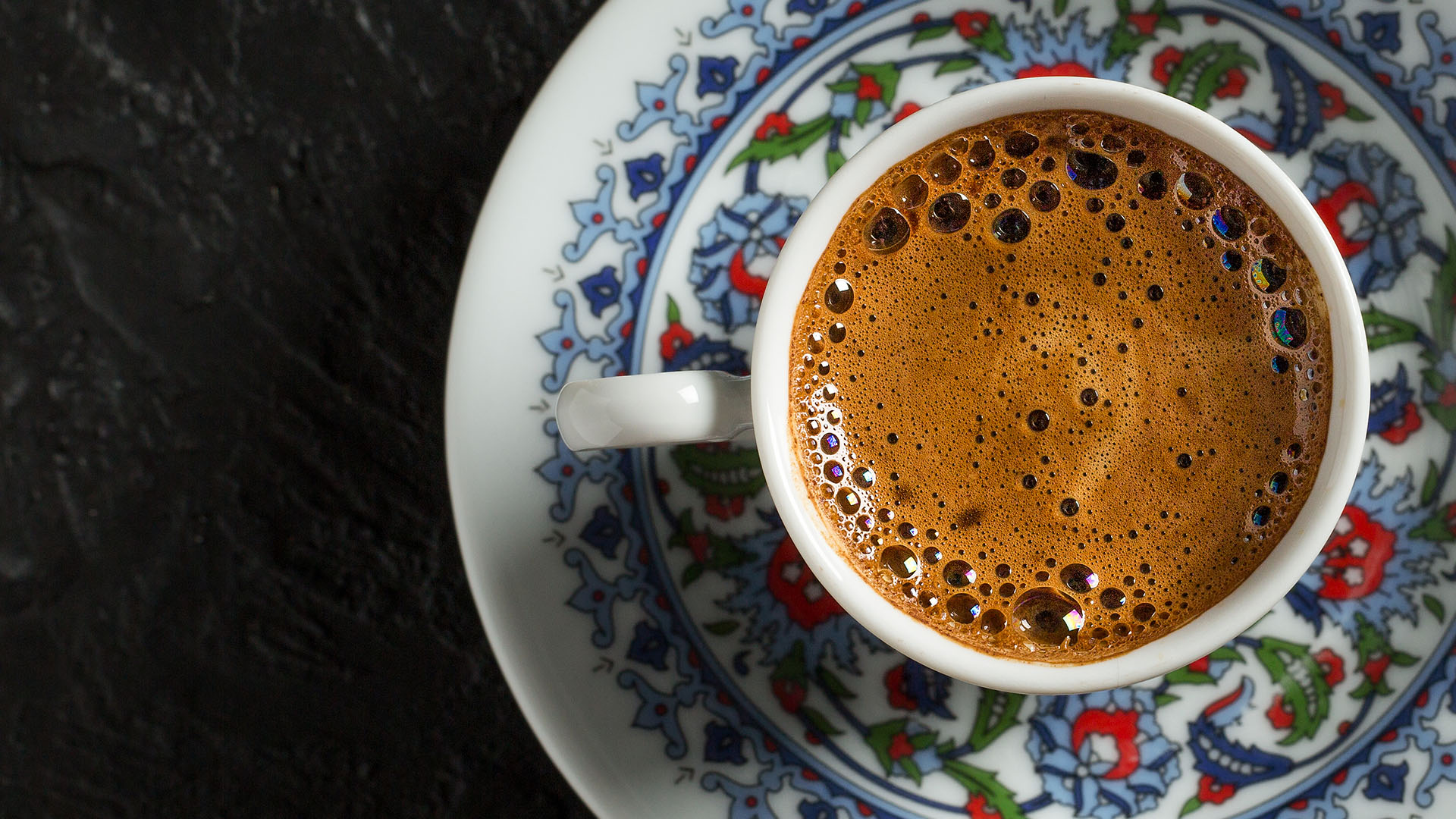 Turkish coffee was discovered in the Kaffa region of southern Ethiopia in the early 14th century.

The research into Turkish coffee shows that Turkish coffee has spread from all over the world with its unique aroma and taste from southern Ethiopia. Özdemir Pasha, who served as governor in 1517, tasted this coffee and brought it to Istanbul. This special flavor, now available in every restaurant, was prepared by boiling coffee fruits when it was first found. Later, the coffee beans were roasted and ground. The first coffee shop opened in Tahtakale and spread all over Istanbul in a short time. Afterwards, many coffee shops were opened in Istanbul and coffee was identified with pleasant moments such as reading books, chess and conversations.

Europeans were introduced to coffee through Turks.
The Europeans clung to the method of preparation of the Turks and drank coffee just like the Turks. The taste of the coffee comes from the fact that the coffee beans are fresh, finely ground and slowly cooked in the coal fire. Turkish coffee is also the only coffee variety served in the world. The place of coffee in Turkish culture is very different. Even the word "breakfast" means something eaten before coffee. Turkish coffee is such a thing that there is even a special time to drink it. It is usually consumed in the morning and at lunchtime meals. Even the word breakfast is derived from this time.

Turkish coffee is the only type of coffee used to see the future.
So divination is a tradition specific to Turks. This tradition has been attracting the attention of the whole world for many years and remains so. There is a reason why coffee is served with water. Kahvenin su ile ikram edilmesi According to superstition, if the guest drinks the coffee first, he is full and if he drinks the water first, it means that he is hungry. However, the real reason is to wash off the taste of a recently consumed meal to fully taste the taste of the coffee. Contrary to popular belief, the water served with coffee should not be drunk later. Because there is a reason for serving the groom's salty coffee ... The main feature of a ceremony for asking a girl's hand at the wedding is serving the groom's salty Turkish coffee. While there are many stories about this, in the past women would in fact pour salty coffee to the men they don't like and, in contrast, coffee with a lot of sugar than the ones they do like. Thus, the groom candidate discovers the girl's thoughts. :) Turkish coffee is the only coffee that is prepared without draining because the ground sinks to the bottom of the cup. And it is very healthy because the soil is not consumed.

Turkish coffee, prepared using the oldest cooking method in the world, stays hot longer because of the foam.
And because it is served in small cups with thin edges, it takes time to cool down.
Turkish coffee is usually served with lokum (a Turkish delight). Because. According to superstition, people served their guests lokum with Turkish coffee as a way to ask for their satisfaction. If the guest eats the lokum after drinking the coffee, it means that he is satisfied with the way he was received. And if he doesn't mean that, it means the host isn't happy with the way he's hosted.

There are so many health benefits of Turkish coffee;
Turkish coffee balances blood cholesterol. It increases the effectiveness of the painkillers, making the pain come through faster. It helps prevent most heart diseases and it is also very effective for the digestive system. It is especially useful for correcting bowel movements. It softens on contact with the skin and is good for skin problems. Because of the antioxidant, it offers great benefits in preventing serious diseases such as cancer. It also has an effect on increasing attention and clearing the mind. It is also known to be good for headaches and bone pain.

What you should do in Side? Book airport transfer in Antalya Places to visit in Antalya, Belek, Side, Kemer, Antalya, Lara, Kundu Private & Shuttle Transfer in Antalya, Belek, Lara Hotels Antalya, Turkey: A city guide Turkish Tea Culture Travel to Antalya Transportation to Antalya Airport Popular Cities to Visit What should for Stress-free Holiday?
All rights reserved. The Hanatravel website uses cookies to store information on your personal computer. Some of the information plays an essential role in the operation of the site, while others help improve user experience. By using our site, you consent to the placement of these cookies. For more information, please read our Privacy Policy.