Turkey is one of the most popular breeding grounds for caretta carettas along the Mediterranean. 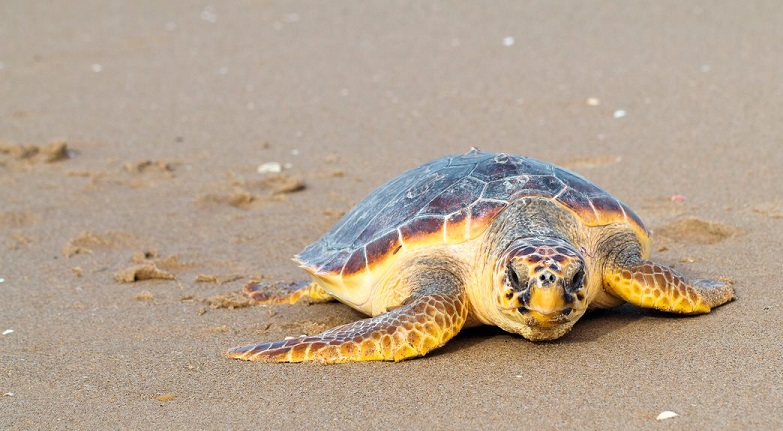 Turkey is one of the most important breeding areas of these species in the Mediterranean. In particular, more than half of the population of Green Sea Turtles nest in Turkey.

Every year in early summer, Caretta Caretta sea turtles come to lay their eggs on the beach where they hatch, nesting between 50-150 eggs by digging.

After hatching about two months later, baby turtles start walking to the sea full of danger. Baby turtles are starting to live alone, but nature has provided them with the knowledge to do. However, it is not enough to reach the sea to survive. Only one turtle out of every 1000 babies can reach puberty.

Studies of the turtles along all coasts of Turkey have begun, and over 20 sandy beaches of paramount importance as turtle nesting sites are continuously monitored by the turtle conservation committee.

Research centers for sea turtles, rescue and rehabilitation centers
Caretta caretta loggerhead sea turtles lay their eggs every year on iztuzu beach, one of the best beaches in the world. You can find several rescue and rehabilitation centers in Turkey, which can be visited with a guided tour, and have saved dozens of loggerheads and green turtles.

Popular Cities to Visit Transportation to Antalya Airport Book airport transfer in Antalya What should for Stress-free Holiday? Turkish Tea Culture What you should do in Side? Places to visit in Antalya, Belek, Side, Kemer, Antalya, Lara, Kundu Antalya, Turkey: A city guide Travel to Antalya Private & Shuttle Transfer in Antalya, Belek, Lara Hotels
All rights reserved. The Hanatravel website uses cookies to store information on your personal computer. Some of the information plays an essential role in the operation of the site, while others help improve user experience. By using our site, you consent to the placement of these cookies. For more information, please read our Privacy Policy.