Tulips from Turkey to the World

Tulips are strongly associated with the Netherlands, but did you know that tulips actually come from Turkey 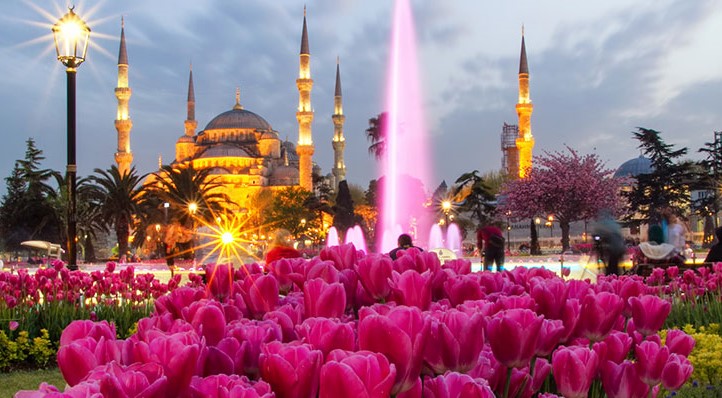 Tulips from Turkey to the World

Tulips are strongly associated with the Netherlands, but did you know that tulips actually come from Turkey? Yes! The modest tulip influenced art, poetry and design throughout its history. It is also common in religious art and first graced the courts of the Ottomans for the courts of Europe.

The tulip is thought to have been transported from Persia from Asia to Anatolia and what is today Turkey. The Seljuks were the first court to give the tulip a prominent place. Images can be found in objects from the 13th-century palace of Sultan Alaeddin Keykubad, near Beyseh Lake (Beysehir Lake) near modern Konya. Tulips can also be seen in the work of the great Sufi poet Rumi from the same time (himself a native of Konya).

While the love of gardens and flowers flourished in Ottoman life, the popularity and prevalence of tulips grew dramatically. It is said that in 1574, Sultan Selim II ordered 50,000 bulbs of wild tulips for his palace gardens, but also imported 300,000 bulbs of Kefe Lale (a particular type of tulip) for his gardens at Topkapı Sarayı (Topkapi Palace) in Istanbul. This lavish entry took place at the end of what could be considered the first "tulip mania", which began in the days of Sultan Suleiman I (1494-1566) and continued well into the following centuries.

The second mania peaked in 1637, this time in the Netherlands. The tulip was introduced to Western Europe by Ogier Ghislain de Busbecq. After visiting Constantinople as ambassador of the Austrian Habsburgs to Suleyman the Great's court, the Busbecq sent tulip bulbs to the west, first to his home in Vienna and later to the Dutch court in the Netherlands in 1554.

Tulips in the Netherlands were a symbol of wealth and power. Seen as rare and exotic, tulip bulbs were incredibly expensive, so much that one bulb was enough to buy a home in the most exclusive areas of Amsterdam. As tulips became more popular and more widely available, the supply exceeded demand and the tulip bubble burst.

After this, tulips had lost their financial status in the west, although their beauty prevailed. In Turkey, after the example of the Dutch, tulip sales were strictly regulated. When the Ottoman Empire settled into a period of wealth and prestige, the "era of tulips" arrived, bringing with it the first of the tulip festivals. These festivals were a celebration of the flowers, their colors and their beauty, both natural and symbolic.

Tulip festivals are a tradition that continues to this day, especially in Istanbul. Every April, visitors come to enjoy the Tulip Festival in Emirgan Park, on the European coast. But tulips aren't just confined to the park, you see them along the way, in parks and gardens, even on roundabouts in the form of whirling dervishes! Tulips are much loved and celebrated as a symbol of Turkey, recognized locally and internationally. Come and see for yourself!

Travel to Antalya Private & Shuttle Transfer in Antalya, Belek, Lara Hotels Places to visit in Antalya, Belek, Side, Kemer, Antalya, Lara, Kundu What you should do in Side? Book airport transfer in Antalya Popular Cities to Visit What should for Stress-free Holiday? Antalya, Turkey: A city guide Transportation to Antalya Airport Turkish Tea Culture
All rights reserved. The Hanatravel website uses cookies to store information on your personal computer. Some of the information plays an essential role in the operation of the site, while others help improve user experience. By using our site, you consent to the placement of these cookies. For more information, please read our Privacy Policy.