Turkey is becoming a popular destination for international cruise ships with its developing cruise tourism and new cruise ports. 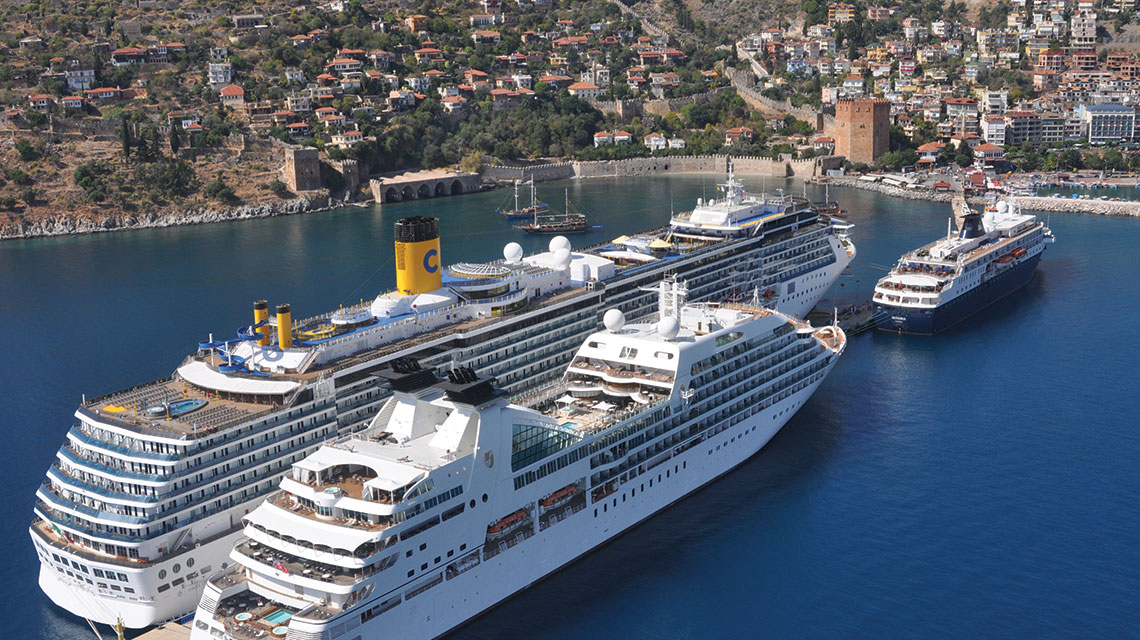 Turkey is often visited by cruise ships sailing across the Aegean, Mediterranean or Black Sea. Popular ports of call are Istanbul, Izmir, Kusadasi and Antalya. In addition, many fascinating locations are not far inland and can be visited on day trips from your ship.

Many international cruise ships dock in Turkish ports, especially Istanbul on the coast of Marmara, Kusadasi, Marmaris, Bodrum and Izmir on the Aegean coast, Antalya on the Mediterranean coast, with fewer berths at Sinop and Trabzon on the Black Sea coast.

Travel to Antalya Book airport transfer in Antalya What should for Stress-free Holiday? Private & Shuttle Transfer in Antalya, Belek, Lara Hotels Popular Cities to Visit Places to visit in Antalya, Belek, Side, Kemer, Antalya, Lara, Kundu What you should do in Side? Turkish Tea Culture Antalya, Turkey: A city guide Transportation to Antalya Airport
All rights reserved. The Hanatravel website uses cookies to store information on your personal computer. Some of the information plays an essential role in the operation of the site, while others help improve user experience. By using our site, you consent to the placement of these cookies. For more information, please read our Privacy Policy.